A cute & nostalgic car trip sim in which you can relive the long drives of your youth, complete with six choices of imaginary friend to run beside your car, three choices of radio station, and seven choices of gas station snack! The ride is topped with a healthy dose of media theory inspired by Wolfgang Schivelbusch's analysis of the impact of motor vehicles on our perception of time, space, and landscape. 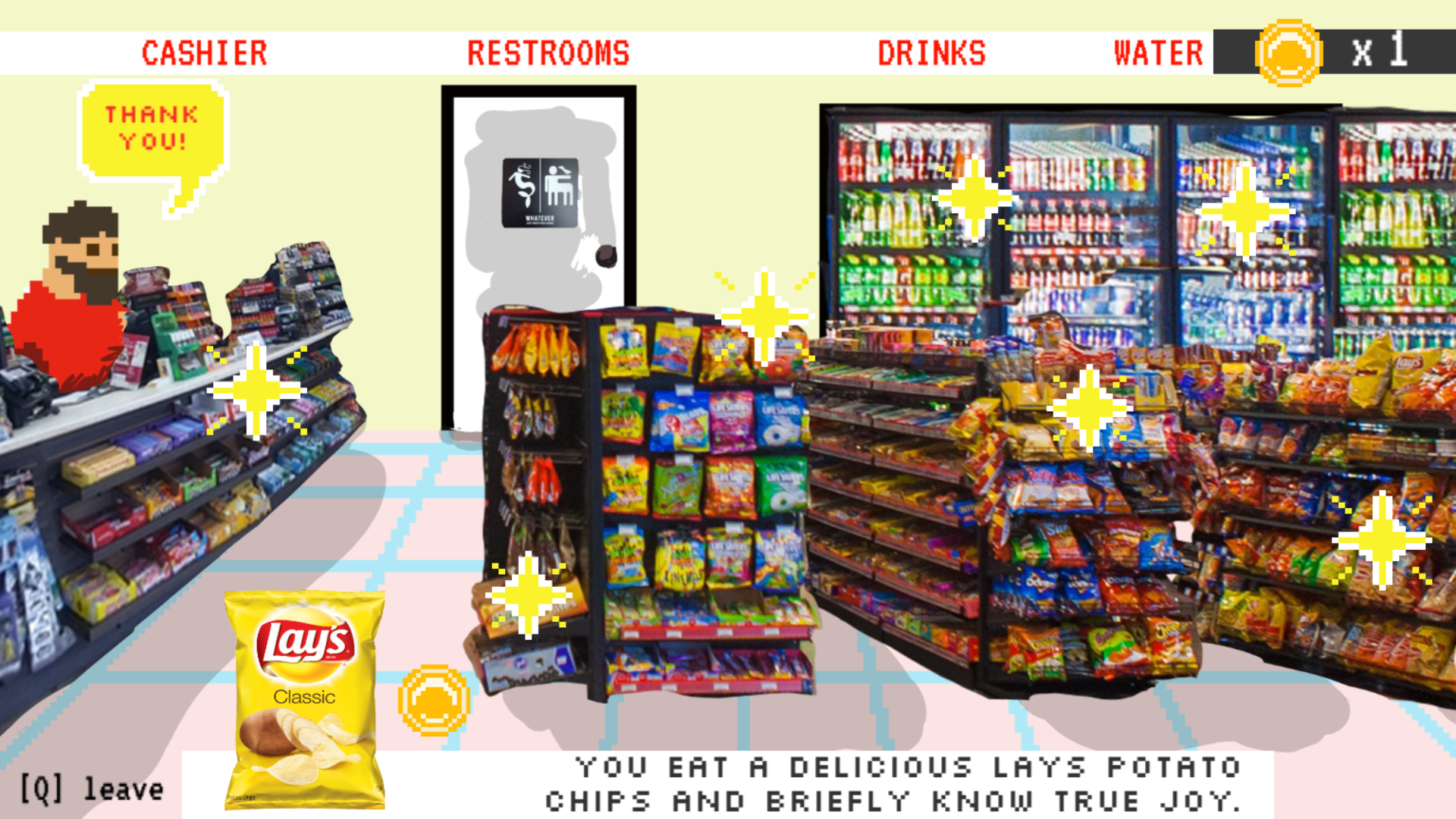 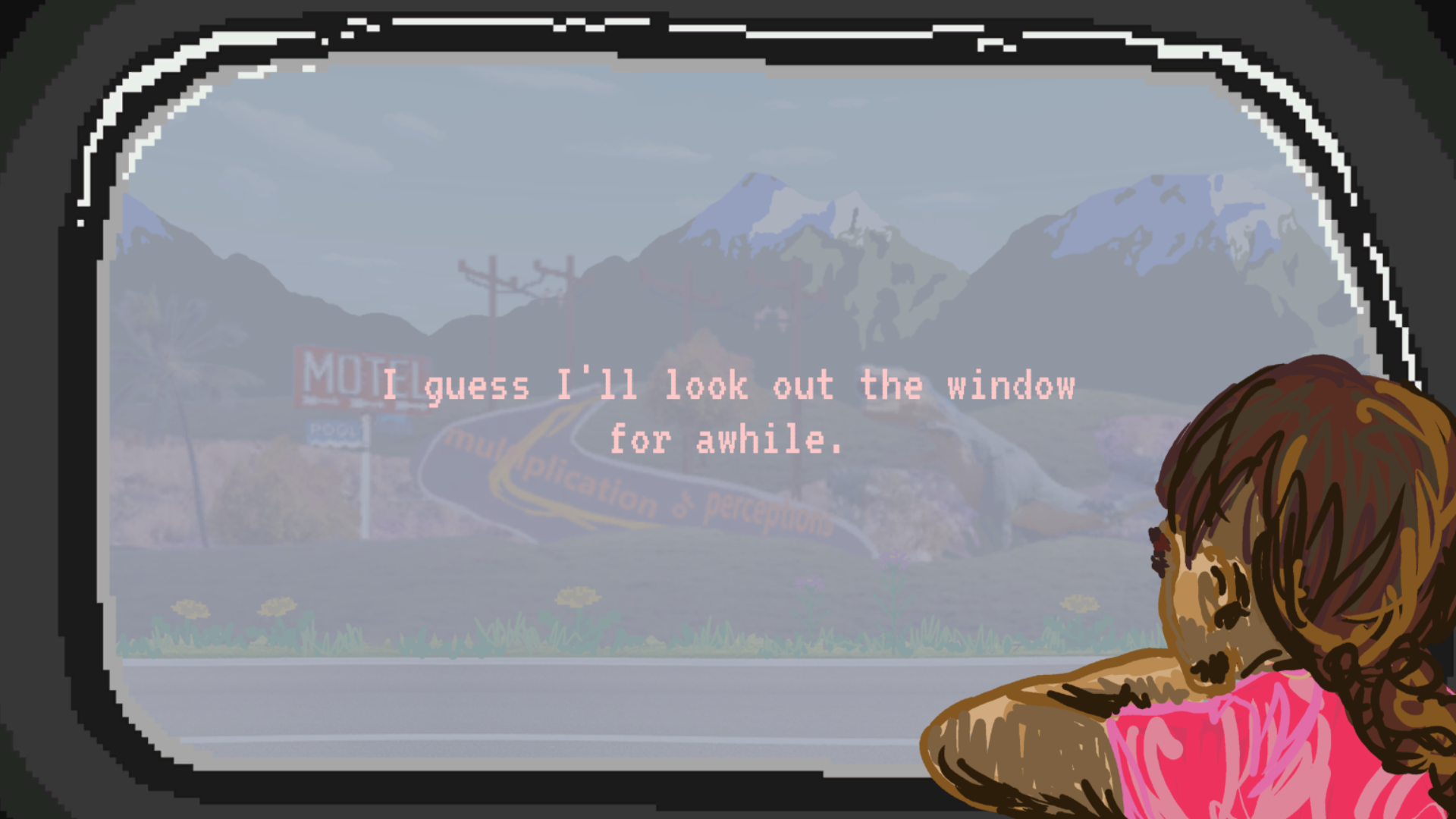 glad to hear so many other people did this.
the simple gameplay with collage art style reminded me of the best of warioware, and the combination of that, something Relatable, and a little bit of Serious Thinking really makes it feel "complete" for something so simple.
at first i thought there was no penalty for colliding, which made sense, since when you did this as a kid, the landscape would keep moving regardless of whether your imaginary character collided or not.
i recommend playing when you're really tired or dissociating for the authentic feeling.

The epitome of 'come on, we all did this, and we all needed this in our lives.'

Really fun game that finally establishes the physical idea of seeing a lil guy hop around signs and road barriers while in a car, like i used to do. I always imagined a skater guy so the inclusion of that type of character was greatly appreciated. The art style n shit was cool too.

This is a cute game with a creative concept that I'm sure anyone can relate to if they spent any amount of time in the car as a child. I love the color scheme, with all the pinks and other pretty colors. It's good mindless fun and you could play it for hours if you get hooked on it, just like the Google Chrome dinosaur minigame you can play when the internet is out. One thing this game does that the dinosaur game doesn't is the health system. When playing the dinosaur game, you get a game over instantly when hitting an obstacle. This game allows you to collect hearts along the way so you can handle a few mistakes down the road if you collect the hearts.

My biggest complaint about the game is that you don't really get any feedback when making a mistake. If you run into a sign, your character doesn't flash to show that the took damage, so when I first played the game I thought there might not be any consequences for running into a sign until I got game over after hitting too many. Other than that, it's great!

Thanks so much for your review! Having the player blink when hitting an obstacle is a good idea.  If I ever find a free moment and a little motivation I will add that in as an update :)

This is great :D When I played this game as a kid I moved my tongue against my palate as the jump button lol I found myself doing it again playing this.

It was very nice!

Ha-ha, this is wonderful!.. I'm really taken aback by somebody finally putting this concept to life as a game. It feels like a ghost of the distant past suddenly taking form, because I forgot how often I used to do this exact thing on my trips. I imagined Sonic usually, making up my weird systems of stunts and combos and interpreting various pieces of scenery as rails, springs, power-ups, collectibles and such. Also using the finger walker dude thing to represent the character physically and imagining the car window being the computer screen. Maybe I even drew the UI on the glass. Anyway, great throwback! Glad I'm not the only one. Thank you!

Thank you, I'm so glad you liked it! Drawing UI on the window--how imaginative! That kinda makes me want to try out a finger-drawn look for the UI in this game and put it all on the glass. Could look really unique. Maybe if I go back to it one day and add some more features I'll experiment with that :O

I love this! The first game in a while that I was excited to play since hearing about it the day before. It's nostalgic + wish fulfillment. Super cute, happy soundtrack, and the collage aesthetic, with intellectual/childlike juxaposition is awesome. Also cool that kirby is an option. I think the horse is hard mode lol, I kept bumping into things. But anyway, a great little game. :D

Thank you so much! So happy you liked it! I think the horse is indeed hardest lol, all the characters have different sized colliders.

I'm super excited about dinosaurily, it looks so cute and feel-good! Probably has a similar audience, so @ people reading this, if you liked my game check out https://jellolin.itch.io/dinosaurily! 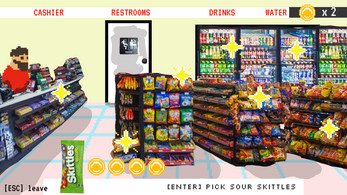 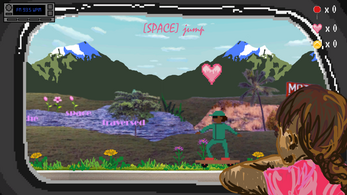 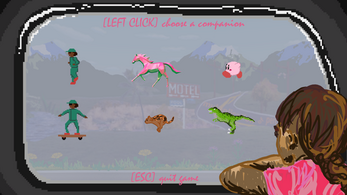 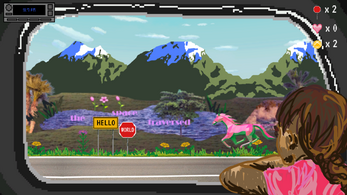 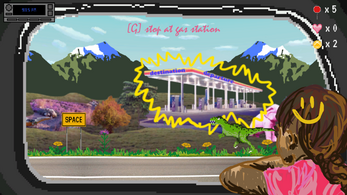 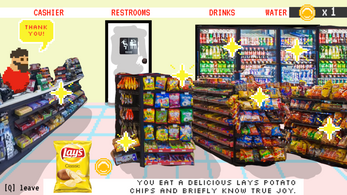 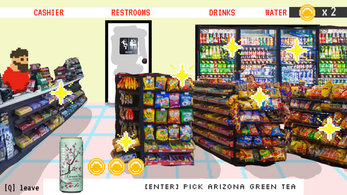